If you are considering a remodel at your home or office or want to start on a big cleaning project, then you will need a place to dispose of all your trash, junk, and recyclables. Homeowners and businesses contact Winters Bros. Waste Systems for their Amityville trash company needs. Winters Bros. Waste Systems is the leading waste service provider for Amityville, New York, and has been for over fifty years. We provide complete waste services to meet the needs of homeowners and businesses.

Winters Bros. Waste Systems specializes in all waste services in Amityville, New York. We pride ourselves on being the waste specialists. Contact today for any information on any of our waste services.

Amityville is a small, charming town in New York with a population of 9,523. The first settlers arrived in Amityville in 1653, and the name of the town was originally called, “Huntington West Neck South,” but was changed in 1846. One of the main attractions in Amityville is the Amityville Horror house. The house was the scene of real murder case that occurred in the home in 1974, which was followed by the publishing of the book “The Amityville Horror.” Several movies based or inspired by those very real events were released in the following years. The house still exists and is occupied by a family.

The Triangle, which is also known as the “Memorial Triangle” is located in the center of the town. The Triangle building was built in 1892, and stands in memory for all those who se 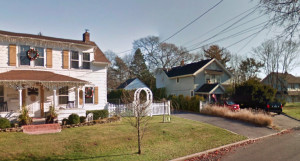 rved in the village. The Lauder Museum is another place that tourists like to visit in Amityville. The Lauder Museum features relics and artifacts that represents Amityville. If you’d like to enjoy the beautiful beach, then the Amityville Beach is the perfect location. The Amityville Beach has lifeguards on duty so you and your family can enjoy swimming, boogie boarding, surfing, or just relaxing in the sun with peace of mind. There is also a concession stand available where you can get a bite to eat. Amityville, New York is a small, charming town that has exciting adventures awaiting.

Winter Bros. Waste Systems received a call for garbage pickup in Amityville from a newlywed couple a month ago. The newlyweds wanted to change trash companies, because their current provider wasn’t as green as they wanted them to be. They noticed one day that their...

If you’d like to learn more about the most recent news for garbage collection in Amityville, visit this page again soon.